On March 20th, 2018, Bitfury Group, a major player in the Bitcoin industry, announced that it would be expanding its operations into Norway. The group will be opening a new mining datacenter a move which is expected to bring in investments and jobs into Norway. In the announcement, the group said that even with the backing of the government, the datacenter will be sustainable and energy-efficient. 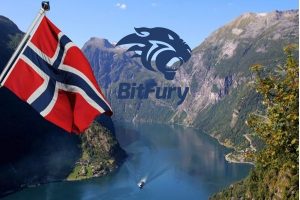 Bitfury Group looks forward to investing about 274 million NOK or an equivalent of 35 million US dollars in building the center. The datacenter will be located in Mo I Rana which is a major town in Northern Norway. The firm estimates that about 30 jobs will be created once the datacenter is set up.

While welcoming the digital currency firm into Norway, the Minister of Trade and Industry Torbjorn Roe Isaksen said that he was happy the group had opted to establish a datacenter in the country. He observed that this project offers a major economic opportunity for the local businesses, economic growth and new jobs for the locals.

The Norwegian website Norskecasino.casino reports that Bitfury Group is buying a 350 GWh of hydroelectric renewable energy from a local power supplier. This will help it in the production process of cryptocurrency. The group is confident that the datacenter which will run on a power usage effectiveness (PUE) of at most 1.05 will be among the world’s most energy efficient mining project. 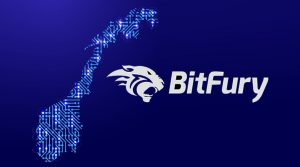 Because of the colder temperatures, easy access to renewable energy and a friendly tax code, Norway is able to accommodate cryptocurrency mining firms. These are the key factors that crypto miners are after especially given that many territories have put crypto mining under scrutiny because of its energy-intensive appetite. In New York, for example, the local utility regulator granted the local power suppliers power to increase charges for all crypto mining firms.

But Norway is approaching the crypto mining business differently. According to the trade and industry minister, Norway has found it important to facilitate the opening of data centers in the country. The country has green power which can be used to create investments and jobs in new technology, he was quoted by Norwegian state-owned NRK.

Here you can find the full article in Norwegian.