Several Indian crypto exchanges will send a proposal to regulate the cryptocurrency industry to the Indian authorities – specifically to Finance Minister Nirmala Sitharaman and to the central bank (RBI).

According to The Economic Times, the package of proposals includes practical experience of other countries in this direction. In addition, the document contains a list of possible requirements for crypto exchanges and describes the economic consequences of a complete ban on crypto assets in the country. This initiative is a consequence of the activation of members of the government in tightening restrictions on crypto-transactions in the country.

On February 24, the head of the Central Bank Shaktikanta Das reiterated his concerns about cryptocurrencies and spoke in favor of their ban:

Nischal Shetty, co-founder and CEO of cryptocurrency platform WazirX, said cryptocurrency exchanges have been monitoring officials’ sentiment over the past months to better understand the problem and the motivation behind the ban. Thus, all participants and creators of the document tried to create their own regulatory framework for solving these problems and offer it to government structures.

“The industry as a whole has begun self-regulation and implementing KYC procedures to prohibit illicit activities. We have created a unified procedure that gets followed among the exchanges”, — commented the head of the Unocoin platform Sathvik Vishwanath.

This is the first time that industry representatives have submitted jointly developed proposals to the appropriate authorities. Prior to this, requests were received primarily through e-mail.

Back in 2018, the Indian authorities banned banks from cooperating with cryptocurrency companies. And although the Supreme Court overturned this directive in March 2020, regular attempts to restrict the use of cryptocurrencies in the country continue to this day. 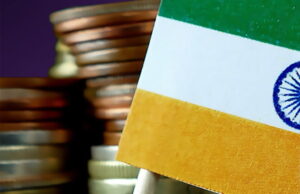 Read more news about cryptocurrencies on the website Coinstelegram.com