On July 11, the Edenchain (EDN) team announced that Ditto Music and Edenchain signed a Memorandum of Understanding (“MoU”) to make the music landscape better through decentralization. 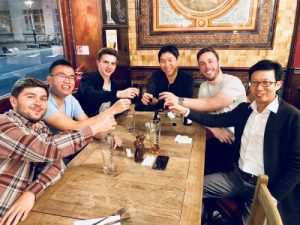 In the current music industry, middle-men takes up a significant share of the revenue paid by their fans. In some countries such as Brazil, it is a well-known fact that artists don’t really get paid via radio play. Instead, the money made goes back to the people who should not be getting it. In the UK, money made from public performances does not go back to the majors because it does not get claimed by the rightful owners.

Ditto Music plans to create two exciting use-case on blockchain to revolutionize the music industry. These use-cases will leverage on blockchain technology offered by Edenchain, which enables Ditto Music to easily and accurately track data with 100% accuracy.

The first use-case is to accurately attribute compensation to artists when their songs are played. When the songs are played, a transaction will be recorded on the blockchain, in an open ledger. The process is completely transparent, and no one can cook the books. Artists will now be automatically given fair compensation for the work that they do.

The second use-case is to enable the tokenization of artists. Artists will be able to issue tokens of themselves and fans would be directly investing in these artists by purchasing their tokens. This brings both artists and fans closer together and is enabled through the smart contract capabilities of blockchain. This democratizes artists and repertoire investments for everyone and allow more artists to have the opportunity for growth. People will be able to own a token of the artists that they support.

“Edenchain shares Ditto Music’s vision for revolutionizing the music industry with blockchain technology and we will be working very closely with Ditto Music to help fulfil their vision. In addition to offering Edenchain’s permissioned blockchain platform to Ditto Music, we will also provide technical support to Ditto Music by sending some of our developers to assist Ditto Music in the development of the applications”, – writes the Edenchain team in its announcement.