On November 15, a cryptocurrency exchange Gate.IO has announced the launch of Wallet.IO, a free wallet which supports a vast amount of the major cryptocurrencies, such as BTC and ETH as well as virtual tokens. 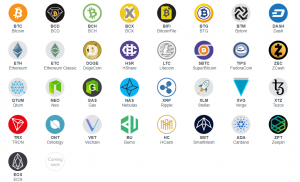 Wallet.io does not support digital currencies requiring indenpend accounts,such as BTS, GXS (will support them later).

Wallet.io does not support tokens on NEO network not in NEP-5 standard and tokens on XLM networks, such as MOBI.

According to the announcement, the platform safeguards funds and ensures they are secured safely, in the same way as a banking system, through the engagement of multiple verifications such as 2FA and Google Authenticator.

Users of the Wallet can automatically synchronise their data on any device. The wallet can login automatically with the same account, “helping to keep the funds safe and secure”.

“We launched Wallet.IO to help our users easily follow our recommendations to keep their funds safe. We recommend that users only keep the amount they wish to trade on our platform and store the rest of the funds in a secure wallet,” – Virgilio Lizardo, Vice President of International Affairs at Gate.IO, said.