Walmart, a multinational retail corporation, is now selling Bitcoin for $1. This new cryptocurrency is made of chocolate. 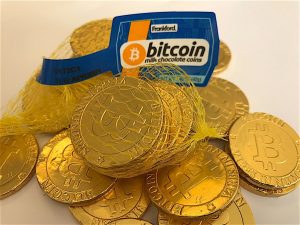 The price of Bitcoin, which surpassed $20,000 in December before plummeting, now trades at about $6 277, which is also not quite cheap. But with Walmart’s offering, even children now can be Bitcoin holders.

Bitcoin Ultimatum team announced the launch of the BTCU Mainnet