Blossom Finance announced in Jakarta, the capital of Indonesia, the largest Islamic state, that bitcoin, cryptocurrencies and blockade are halal. The published working paper states that bitcoin fully meets the definition of Islamic money and under certain conditions it can be resolved by the Shariah, a set of prescriptions for Muslims. The study also includes several legal opinions (fatawah) of outstanding Islamic scholars on this topic. The study and development of the working paper was headed by Mufti Muhammad Abu Bakar, an advisor to Shariah’s of Blossom Finance and Shariah compliance officer. 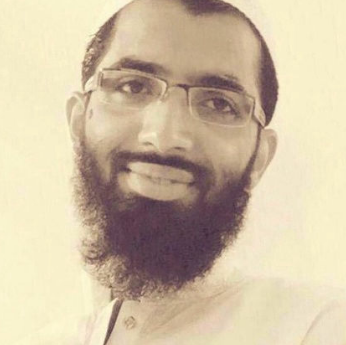 Muslims make up almost a quarter of the world’s population. Among them there was still no unanimous opinion about bitcoin and crypto-currencies. Do they correspond to Shariah law? The Islamic financial sector, which offers financial products to Muslims and Islamic organizations, adheres to the Shariah law. There is growing understanding that crypto currencies and blockchain will lead to the transformation of the world financial system, as the Internet has already transformed the media and publishing.

Shariah is not a single set of rules and allows for various opinions and interpretations. With respect to the cryptocurrencies in the Muslim world, a wide variety of opinions still prevailed. There are fatawah as in favor of bitcoin, and against it. A more complete understanding can be achieved if to take into account that bitcoin is not only a currency, but also a network for transactions and to perform payments. In general, the blockchain covers a wide variety of applications. Cryptocurrencies fulfill the economic function of money, acting as medium of exchange, unit of account and store of value. This is enough to gain the status of ordinary money. Such in the Shariah is considered something that has a pecuniary status due to a wide recognition in society or on the decision of the government. In Germany, bitcoin is recognized as a legal currency – hence, there it is in the status of Islamic money. In the United States, bitcoin does not recognized, but widely accepted for payment . Hence, and there it is Islamic customary money. Big volatility of bitcoin is the same as the uncertainty of the price of a commodity, which is changing under the influence of supply and demand. In January 2018, Indonesia issued an explanation that all payments should be made in Indonesian rupees, so bitcoin can not be used for payments. But in the same way, gold, dollars, euros are not used. And it is quite legal to buy and sell bitcoins in Indonesia.

There is uncertainty about the ICO, when it is not clear what exactly investors are buying. In Islam, for such cases, there is the term gharar – “excessive uncertainty” or even  “sale of air.”

However, the technology of blockchain is connected with the goal of reducing uncertainty – and this is also the goal of Shariah. In general, one of the goals of the Shariah is the preservation and protection of wealth. Hence, all investors should be cautious and do not invest more than they can afford to lose.

The blockchain in terms of Shariah has an important advantage over traditional non-Islamic banking. Blockchain proves ownership of the asset. And traditional banking is fractional-reserve banking, when  bank accepts deposits, makes loans or investments, but is required to hold reserves equal to only a fraction of its deposit liabilities.

Blockchain mathematically proves the property rights – therefore it is much more in line with the spirit of Islam than any digital fiat money.

A solid document by Blossom Finance, prepared under the leadership of Mufti Muhammad Abu Bakar, contributes to the growth of the cryptocurrency market and, possibly, promises new rise of bitcoin. If you believe the optimistic forecast – at least 25%.