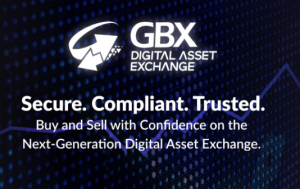 Currently GBX is not subject to financial regulatory supervision. However, it is seeking to get a license from the Gibraltar Financial Services Commission (GFSC) under the British overseas territory’s Digital Ledger Technology (DLT) Regulatory Framework.

“Today marks the most exciting development on the GBX journey thus far and is a significant indication that Gibraltar is open for business. The launch comes at a time when the cryptocurrency and token markets are reaching a new stage of maturity,” - commented Nick Cowan, CEO of Gibraltar Blockchain Exchange, a subsidiary of the Gibraltar Stock Exchange (GSX).

After completing a Know Your Customer (KYC) procedure, traders on the new platform can buy and sell Bitcoin (BTC), Ethereum (ETH), Litecoin (LTC), Bitcoin Cash (BCH), Ethereum Classic (ETC), and GBX’s own Rock token (RKT). Registered users can also onboard using US dollars, where three trading pairs are currently available – BTC/USD, ETH/USD and RKT/USD. The exchange said it was also planning to include other fiat and digital currencies.

GBX users will benefit from zero trading fees until September 14, provided they sign up on the platform before August 17. A further stimulus for traders will be a competition in which GBX will give prizes worth up to 1 million RKT. Details will be announced this week.

In addition to the GBX cryptocurrency exchange, the project also runs GBX Grid, a platform on which new ventures can crowdfund for their tokens and later list them on the GBX exchange.