There is so much interesting and mysterious in the crypto-currency economy, previously not experienced, such that from what has become accustomed to walk along the beaten paths of analogies, consciousness falls into a cognitive dissonance, which even when desperate to understand, we always return to questions like “why?” and “what will happen next?”.

The beauty of the situation, in particular, is that the absolute majority of people, with the possible exception of single unique representatives of mankind, are in the same position before the challenge that the technology of the detachment left to our civilization.

We have no experience with dealing with crypto-currencies – where would it come from! There are no examples, based on which you could plan your behavior – everything happens for the first time! There is no one to ask, but if you find someone who dares to answer, it’s unclear whether he can be trusted, if the expert cheeks, and if there is any understanding behind the words.

The wild crypto-currency world has not yet overgrown by the established traditions, obvious cause-effect relations and specialists whose work is to explain the meaning of the events to mere mortals, for the majority of which not only the newfangled blockchain, but also the internal combustion engine, which is being built within the school curriculum, will forever remain “The Shaitan machine.”

Here we should step aside, as with the new version of Windows, and wait until everything settles down, the bugs are patched and the user experience is analyzed, but the crypto currency is about money, and staying away means literally flying “past the checkout”. And so again and again, despite the hard-to-penetrate thickets of unfamiliar words and concepts, without the map and geological exploration data, risking accidentally dropping a silver cigarette case from the tattered pocket of a suede jacket, listening, reading and trying, trying to figure out where it is edible and safe, where you shouldn’t mash without special training.

I propose the following method – we narrow the field of view to a specific question and pull the string, carefully examining the nodules and fixing outgoing branches. 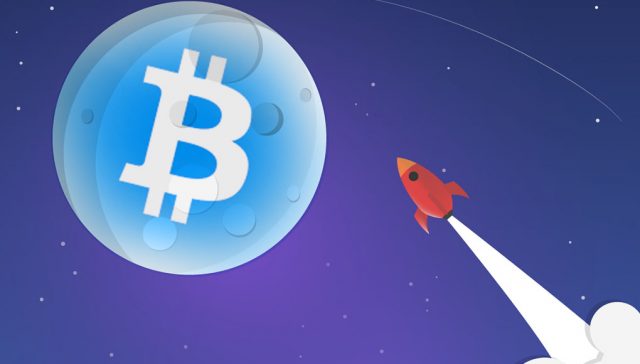 There are 2 main reasons of price growth:

– radius of users of the functionality provided by the token expands;

– there is a speculative inflation of the price with the blowing out of a bubble, doomed to burst.

When you launch a new token on the market, the price for it is set arbitrarily at the request of the initiating party of the coin. The current method to announce to the world the existence of a new crypto currency (a token, a coin, a crypto currency – in this context synonyms) is the conduct of an ICO.

The growth of the course of the crypto-currency attracts attention of many different people to it – someone is interested only in profitability, others the growth of the course pleases in addition to the possibilities of using the coin. The circle of holders of the token grows, and with it the support level, from which speculators enter the game, also rises.

Speculators in this context, we refer to players moving in the minefield of the crypto economy by jumping from currency to currency and ready to jump off the train at the first signal of danger. Jump off one to jump onto another and pick up another kilo-bucks. The market, what to take from it – everyone has a role in the general movement in time.

To design an internally consistent, objectively useful and capable of provoking a long-term expansion of users’ coins is not easy. To withstand the invasion of speculative investors – even more difficult. The insane volatility of even the strongest crypto currency clearly demonstrates that none of them has so far managed to increase the mass share of users sufficiently that the games of speculators to raise and lower do not jeopardize the confidence of conservative investors who have joined users.

From the point of view of an investor, the transition of a currency to a mature state means its death as a highly profitable investment instrument. But do not worry – boring times in the economy, it seems, have passed, and until complete tokenization of everything in the world is still far away. There is more than enough time to earn more than one fortune.

We do not forget about caution, responsibility for our decisions and thank the state that it still does not dare to take full responsibility for the economic security of citizens, to understand which, most simply, getting rid of “extra” money and the opportunity to lose them.