ICO growth has been tremendous since it emerged 4 years ago. From frauds to real great projects, we haven’t seen yet any exciting blockchain-based applications that would use the whole potential of the technology.

For instance, what do we find if we search for blockchain-based apps? Some sort of articles like this one on medium.com (6 Interesting Blockchain-based Applications and What They Do). What we find inside?

All these projects carry beautiful ideas underneath descriptions and wonderful teams of developers and advisors, but there is one point that raises question: neither of these projects can be named “a blockchain-based application”.

What ADAMANT is building application indeed.

All we see the popularity messengers gain nowadays. Apple added emoji, than animoji, than API for developers to create stickers and games for IMessage. In one if the latest IOS releases they even gave users the ability to send each other money from one apple wallet to another (there are several countries, where this function doesn’t work due to government regulations, but still. Chinese WeChat is another great example. Through years app developed from simply the most popular messenger in China into the app for everything – with over 580 million in-messenger mini-programs announced by WeChat in January [1]. Chinese trade through messengers, find love, pay taxes, transport fees, find cars for rent, read news… simply everything. Messengers are changing our consumption model the same way social networks did one day. 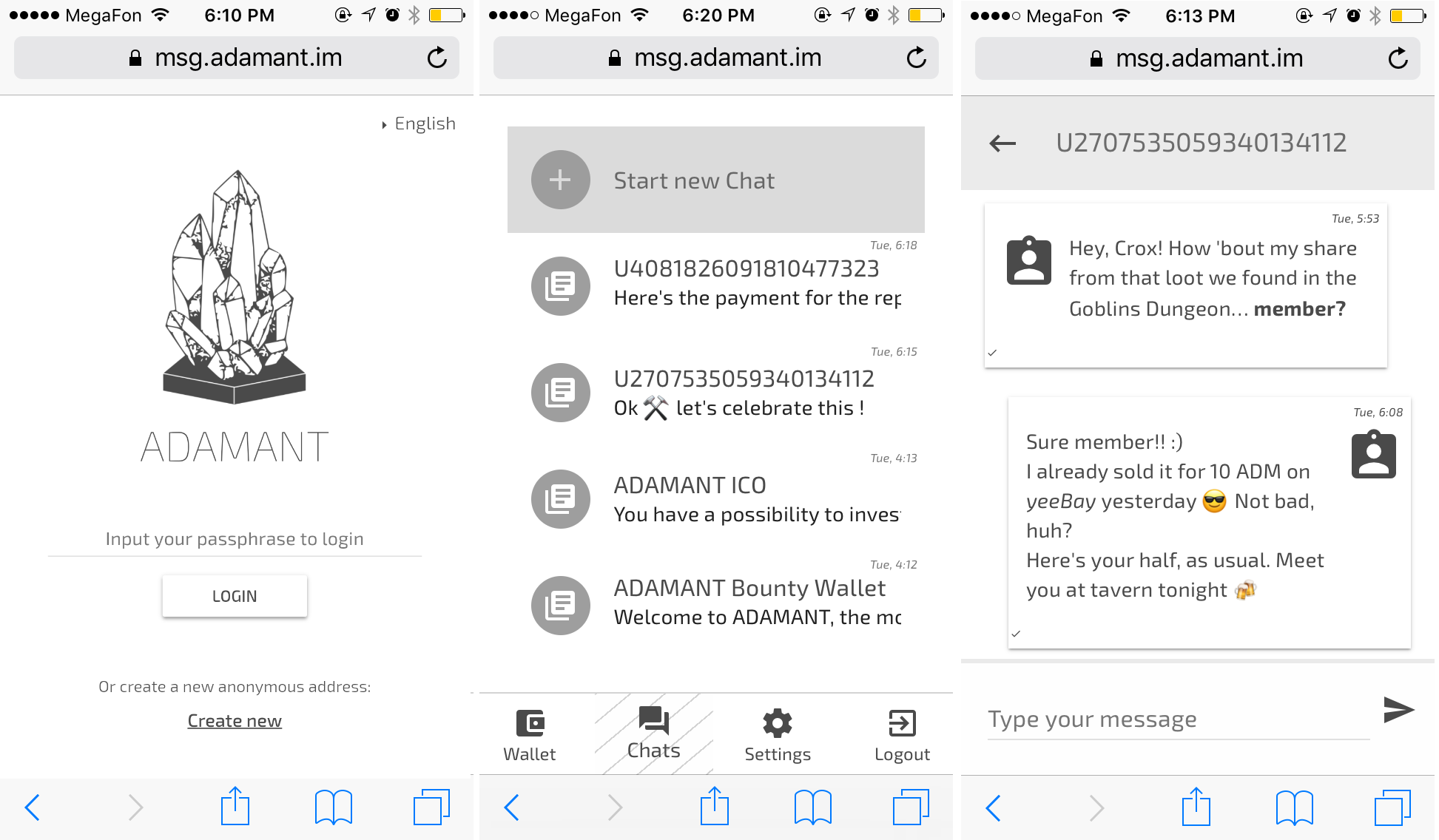 So what we have? Two technologies with great potential: blockchain, messengers. And ADAMANT is trying to combine them. So what hides behind the name? These guys are trying to create web messenger (for maximum safety and no information stored on device) with blockchain encryption and large functionality. So here is some info about app and its advantages from company website:

We all that range of simple but useful and so needed functions messenger can become a big player on this market. Being the first blockchain messenger and even first indeed blockchain-based app it can be valued as a good investment. Pre-ICO is going to the end and ICO starts on 01/30/2018, lasting for 2 months according to website. Our advice is at least add these guys in your short-list of followed blockchain startups and read whitepaper.

2 replies on “ADAMANT messenger – Where the real blockchain application is”