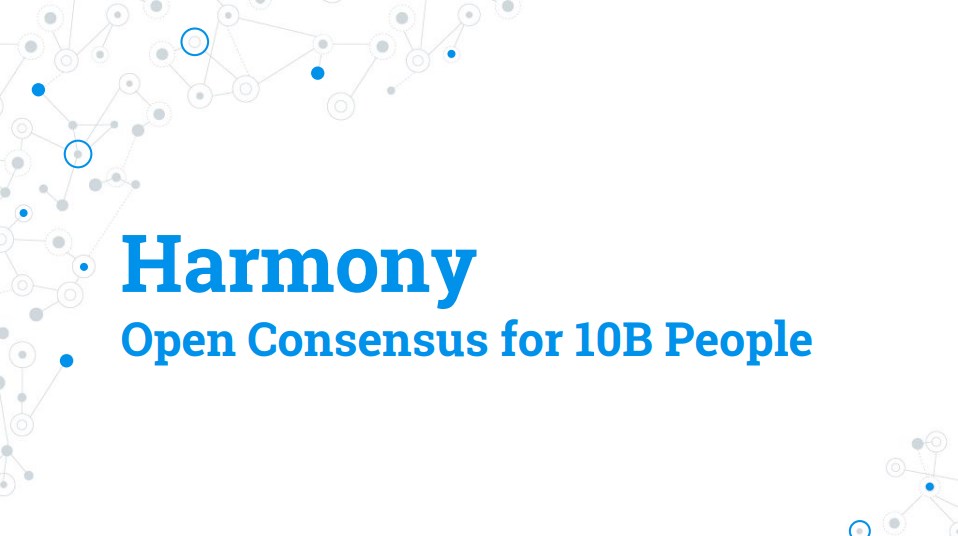 Harmony Protocol aims to scale blockchain to 10M transactions/second and 100-millisecond latency. Harmony will bring 1,000x speed and capacity to the next generation of the decentralized economy, enabling marketplaces for 10B people and 100B devices.

Harmony’s slogan is “Let’s build an open marketplace at Google-scale. To 1,000x the decentralized economy. By speed & incentives”. Google – no more, no less. So it promise to provide a consensus protocol over the open Internet at 10 million TPS with 100-millisecond latency and at most 0.1% fee. Harmony’s goal is to be 1,000+ times faster and cheaper than Bitcoin and Ethereum. Target – to rebuilding the decentralized economy with 10x innovations in all components: transport network (Google’s UDP, Bloom tables, 5G mobile), consensus protocol (Byzantine committees, acyclic graphs, monopolist fees), and system tooling (unikernels, multi-core in Rust, zero-copy streaming).

Why to be interested in Harmony? The projects authors mean that communication is the key to the future of humans and machines to create in harmony. And there are some limits. Bandwidth must scale to 10M tx/sec to support data from supply chain IoT devices or energy grids. All of them must settle agreements within 100 milliseconds to support instant reactions for autonomous robots or on-chain quotes in exchanges. However this is real – they said. If to believe in Harmony – they employ technical innovations that are already proven in research and implementation. For example, Google’s UDP currently powers 35% of its traffic (or 7% of the Internet) with 50% latency improvement, OmniLedger Byzantine protocol benchmarks to 13,000 tx/sec and 1.5 sec latency with 1,800 hosts, while unikernels in Rust achives 10M concurrent connections on a standard 96-core machine on Amazon Cloud.

So the question is – How? OmniLedger achieves 13,000 tx/s with 1,800 hosts in a research benchmark. It assumes single core, 20Mbps and 100ms network. The boosts to 10M tx/sec might come from: 100x more nodes (including light clients), 10x network (1Gb and 20ms world round trip with backbone relay), and 10x manycore graph processing.

After extensive research, Harmony team concludes that OmniLedger is the most scalable permissionless protocol. The document on it named “A Secure, Scale-Out, Decentralized Ledger via Sharding” is peer reviewed in the top research conference IEEE Symposium on Security and Privacy. OmniLedger is tested with 1,800 hosts (25 committees, each consisting of 72 nodes) and 13,000 TPS.

To make it possible to achieve 10M TPS, the authors suppose to use some proved techniques, including:

All these in OmniLedger’s terminology. And looks impressive.

Token Issue: ALL UNLOCKS START FROM THE LISTING ON AN EXCHANGE. 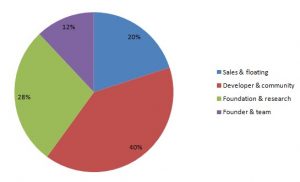 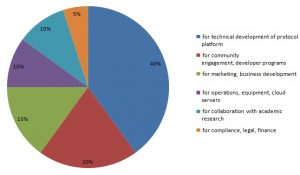 Some info about caps of closest projects:

Nicolas Burtey founded a VR video startup in 2012 that grew to 40 people and raised $10M . Orah, previously known as VideoStitch, served the needs of thousands of professional content creators in 62 countries by selling GPU-driven live stitching software and 360° cameras. Nicolas has a bachelor degree in mathematics and computer science, and a master degree in computational photography. Nicolas graduated from the Université de Besançon (France).

Rongjian Lan was a search infrastructure engineer for Play Store at Google. Co-chair of ABC Blockchain Foundation with 100+ engineers from Google, Facebook, Linkedin as members.

Hakwan Lau is a full professor at University of California, Los Angeles. He specializes in neuroscience and machine learning.

Georgios Fainekos – Academic Consult – is a tenured professor at Arizona State University. He specializes in formal methods of cyber-physical systems, swarm robotics, and machine learning for real-time planning. Georgios did his doctoral studies at the General Robotics, Automation, Sensing & Perception Labs (GRASP Labs) of the University of Pennsylvania.

Zi Wang worked at Google from 2006-2015 on Chrome, Google [X], Android and Nexus. He was the first Global Creative Director ​ for the Google hardware division and co-founded a Google research lab with a $20M budget.

Aaron Li started programming since the age of 7 and started mining Bitcoin since 2011. Aaron was a researcher at the Google Machine Learning team and a founding engineer at Scaled Inference, an AI startup advised by Prof Michael Jordan.

Navneet Singh led mobile engineering at Google for 6 years. He has also been the Senior Vice President at the largest payment processor WorldPay and the Head of Data Science at the mobile payment provider Ezetap.

○ Forming a team of 5 engineers and raising a $?M seed round

○ Deploying to 100k tx/sec for payments and financial institutions

Harmony will use some unique features and applications due to experience with geospatial data and machine learning. They are:

An additionally – Min, a subproject of Harmony, is a new programming language for writing smart contracts in an easier and safer way.

But there are some contras. Token sale date and even cap are not set. No advisors as fact. No investors, partners. No yet good graphics in Whitepaper (diagrams granted by Coinstelegram).

Obviously the project is at the stage of the very beginning. But it is with very promising idea. And promising characteristics – from Ian Balina personally.