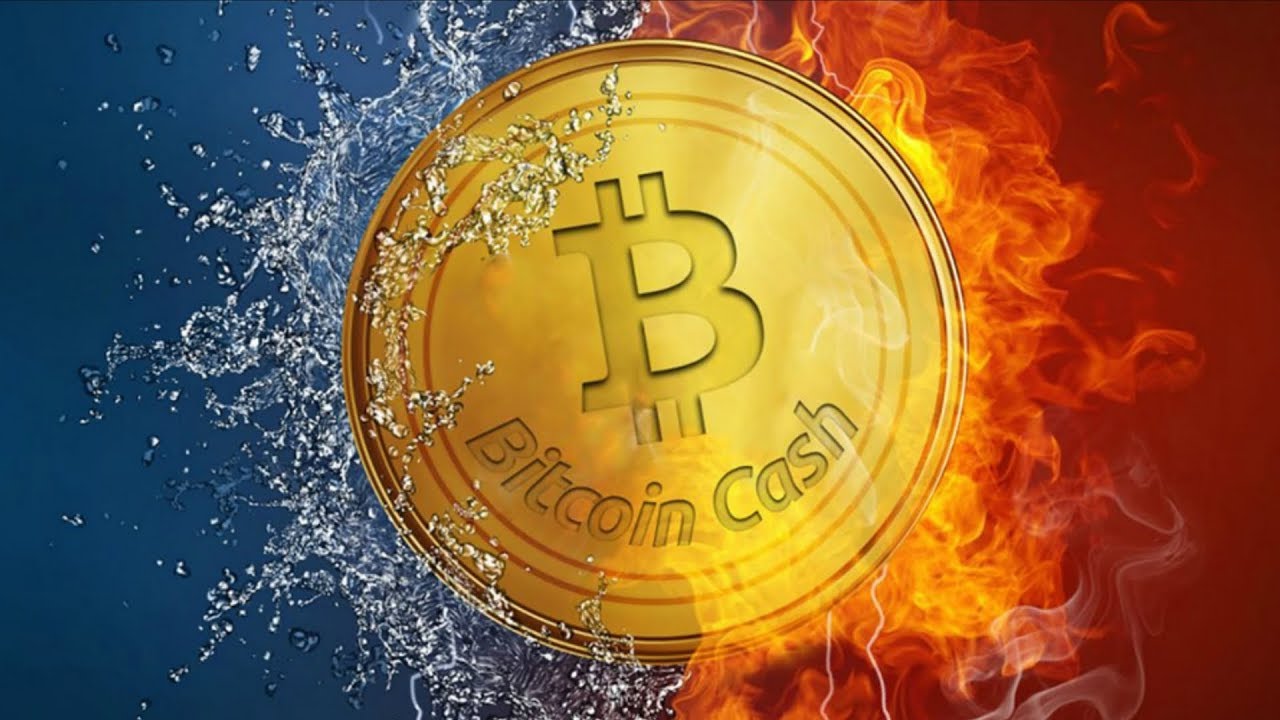 At press time, Bitcoin ABC is leading Bitcoin SV in terms of both hash rate and number of nodes, according to Coin.Dance. 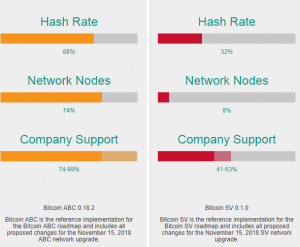 Under the new consensus rules, 136 blocks have been already mined, wherein Bitcoin ABC is 45 blocks ahead.

The news about the protocol upgrade has divided the BCH community in two camps as there are two dominating proposals for the implementation of the BCH network in the form of Bitcoin ABC and Bitcoin SV (Satoshi’s Vision).

Bitcoin ABC stands for “Adjustable Blocksize Cap”, and its proponents argue that the basic structure of BCH is “sound,” and “does not need any radical change”. Proposed changes include “removing software bottlenecks” and enabling node operators to change their block size limit.

Bitcoin ABC is supported by crypto evangelist Roger Ver, while Bitcoin SV supporters are led by Craig Wright, who has previously declared himself to be the mysterious Bitcoin inventor Satoshi Nakamoto. The SV camp promotes radically changing the current BCH structure, where its split is designed to entirely overwrite the network scripts of Bitcoin ABC and increase the BCH block size from 32MB to a maximum of 128MB.

Poloniex exchange announced via Twitter that it had finished converting all BCH balances to BCHABC and BCHSV. The BCH market is now disabled. BCHABC/BTC, BCHSV/BTC, BCHABC/USDC, and BCHSV/USDC markets are open. Deposits and withdrawals of BCHABC and BCHSV are still paused, and will remain paused until the networks stabilize.

Bitfinex exchange announced that BAB and BSV had been successfully credited to Bitfinex users and BCH positions had been claimed. The BCH symbol will not be assigned until the fork is complete.

Binance opens trading for new BCHABC/BTC, BCHABC/USDT, BCHSV/BTC and BCHSV/USDT trading pairs at 2018/11/16 8:00 AM (UTC). All prior BCC balances have been removed from user accounts and all BCC trading pairs have been delisted from the exchange.

Deposits and withdrawals of BCHABC and BCHSV will open after Binance deems the blockchains and wallets to be usable and stable. 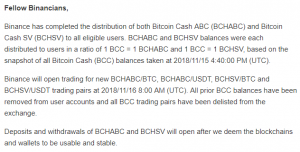 Changpeng Zhao (CZ), the founder of Binance, announced via Twitter that symbol names of new tokens would stay after the hard fork.

“One thing about the fork, these symbol names will stay.  Binance will not support changing of trading symbols later.  If anyone asks for it later, let’s refer them back to this tweet.”