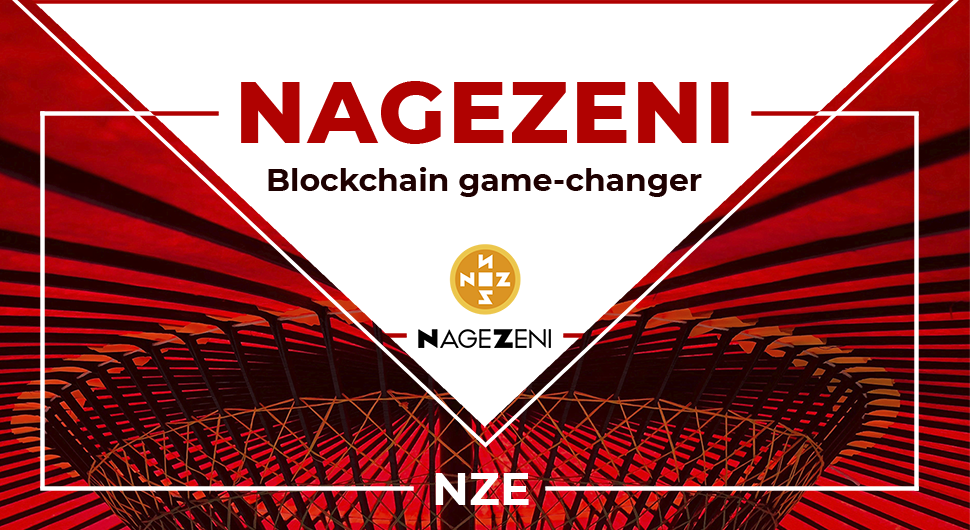 NAGEZENI (NZE) – a crowd-tipping cryptocurrency tool that enables content creators and fans a possibility to connect like never before.

Music, movie and art industry, all of them have something in common – the protection of rights, developed sales and promotion channels. People support their favorite content creators by purchasing tickets, books, discs, actual pieces of art or by attending concerts. But how to reward bloggers that don’t produce anything tangible?

Today people tend to spend more time interacting in the online space rather than meeting offline. They are usually online over 24 hours a week, twice as long as 10 years ago, with one in five of all adults spending as much as 40 hours a week on the web. Professors from one of the world’s leading technological universities believe that this is a dangerous tendency.

But there is another side on the coin – internet became one of the main catalyst of creativity and talent. The common man doesn’t have to pay even a penny to share his thoughts, invention or natural gift. All he needs is just access to the internet, an account in one of the social networks, such as Facebook, YouTube, Instagram, and upload the thing. Before it would take not only time but also resources. Content creator would have to find a sponsor or a person with good connections that would present him or her with the right people, that would have the last word on either giving it a green light or not. As an example of celebrities that were discovered by social networks Justin Bieber, Kate Upton and The Weeknd could be mentioned.

An increasing tendency for blogging and content sharing triggered a social media “boom”. As of October 2018, YouTube pulls in over 1.8 billion logged-in users each month, meanwhile Facebook reaches the number of 2 billion, according to Mediakix report. It is estimated that this video sharing platform will account for $3.36 billion in net U.S. video ad revenues in 2018. Most importantly, the number of creators earning five figures per year jumped 35% while those earning six figures increased by 45%.

Despite the positive statistics, as each day passes it becomes more difficult to please the internet community. Content makers have to almost reinvent the wheel or at least create new tendency in order to engage audience. Just remember yourself 7 years ago, when you were happy with watching a ten seconds video in quality lower than 240 p. It was easier to gain popularity when blogging trend has barely started to set up. No surprise that in 2016, only 3% of YouTube creators received 90% of sitewide views, according to Washington Post. In addition, advertisers prefer bigger channels to place their ads on, leaving smaller ones with almost nothing.

But, as the saying goes, bad luck always comes in threes. Recently, YouTube has announced changes to its monetization program, under which content creators with small channels will no longer be able to monetize their videos unless they have over 1,000 subscribers, with 4,000 hours of view time in the past 12 months, according to Forbes magazine. This has led small channels to be even less profitable.

Who or what can solve this inequality and unfairness? It should be something that would allow loyal subscribers to reward their beloved content creators not only with likes, but also with actual money. The answer is peer-to-peer technology, in particular, its latest form – cryptocurrency supported by blockchain.

However, even Bitcoin is currently not viable for this task. It is true that cryptocurrency number one on the market is meeting all the requirements of a peer-to-peer mechanism – it is decentralized, immutable and transparent. However, because of the Bitcoin characteristics, its transactions are not fast or cheap. In addition, Bitcoin has one huge and yet unsolved issue – scalability. As a result, cryptocurrency’ users frequently experience delays and problems with confirmation of their transactions.

Japanese venture Nagezeni is developing a blockchain project that will allow online creators to promote their content and receive tipping and donations from the devoted audience in NZE tokens. Thus, users will have an opportunity to incentivize content creators and enjoy online interactions in full. Powered by the sidechain, their platform will be as secure as Bitcoin and as fast as Paypal system.

In particular, by relying on the technology, Nagezeni team will be able to employ its own smart contracts into Bitcoin network, at the same time speeding up the payment confirmation up to 20 seconds, followed by scaling up to 1000 transactions per second.

Also, Nagezeni allows to develop people’s own projects and even launch a crowdfunding campaign, if needed. Additionally, creators will have an option of paying for promoting and advertising with NZE tokens.

By employing blockchain features, Nagezeni team is able to balance the brawn and inequality between channels. Thus, bloggers even with smaller number of followers will have closer connections to their fans, pleasing the beloved audience. It is nothing but a win-win solution.