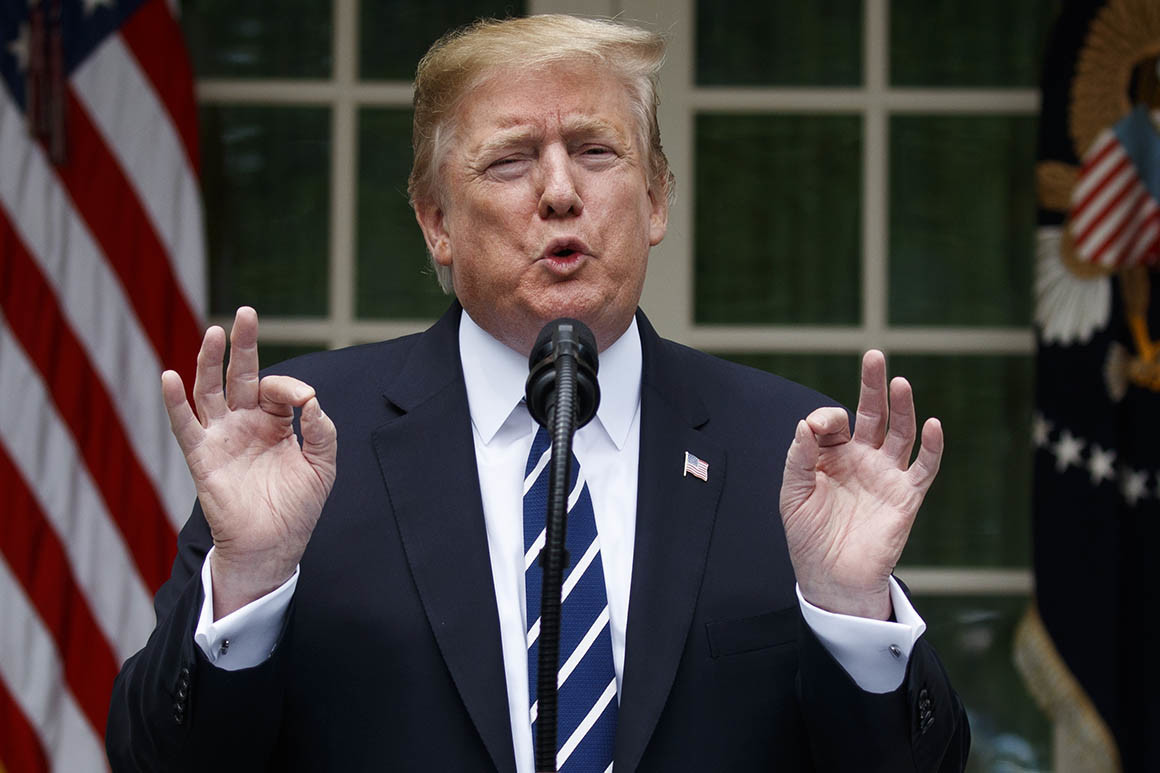 No sooner had the market recovered from Jerome Powell’s statements on Libra, as Trump expressed. And the Corp dropped again.

Trump, as it turned out, is not a fan of crypto and of any innovations in general:

– I am not a fan of Bitcoin and other Cryptocurrencies, which are not money, and whose value is highly volatile and based on thin air. Unregulated Crypto Assets can facilitate unlawful behavior, including drug trade and other illegal activity…

Familiar song. When absolutely transparent cryptocurrencies are accused of financing drug trafficking, for some reason they completely forget that this traffic is kept on tons of paper cash dollars. And always kept. But because of this, no one declared that he is not a fan of the fiat dollar. On the contrary, Trump on the same Twitter, where he defeated crypto, raises hosanna to the dollar:

– We have only one real currency in the USA, and it is stronger than ever, both dependable and reliable. It is by far the most dominant currency anywhere in the World, and it will always stay that way. It is called the United States Dollar!

Trump apparently started the presidential campaign for his second term. Hosanna to a strong dollar – this is Hosanna to himself, beloved. And as for Libra, it is banned. Zuckerberg, if he wants to become a banker – has to … become a banker!

– Facebook Libra’s ‘virtual currency’ will have little standing or dependability. If Facebook and other companies want to become a bank, they must seek a new Banking Charter and become subject to all Banking Regulations, just like other Banks, both National and International.

Libra is finished by the letter from to Facebook. It specifically states:

– It appears that these products may lend themselves to an entirely new global financial system that is based out of Switzerland and intended to rival U.S. monetary policy and the dollar. This raises serious privacy, trading, national security, and monetary policy concerns for not only Facebook’s over 2 billion users, but also for investors, consumers, and the broader global economy.

Trump’s fallout and the letter of congressmen actually nullified expectations for Libra hearings. Bitcoin dropped to a stable level, where it was supposed to fall only on July 17 from a much higher highs. But ahead we see the continuation of the uptrend. Highly likely.